On October 9, 2021, we join Front Row Festival at RADION and present one of the solos of O S C A R. It is the second time that We Are Public organizes the festival and we are delighted to be part of this evening full of music, theatre, performances, and literature. Not a We Are Public member? Get your tickets here. 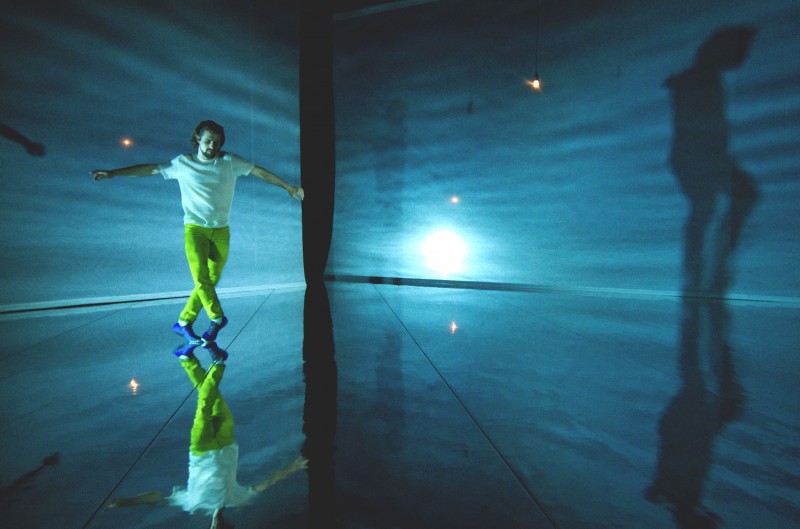 The moment that O S C A R can be performed for the first time has arrived! This brand new work will be presented at Julidans in Amsterdam on July 15 and 16.

The past year, every time when the restrictions in relation to the corona virus allowed, Arno went into the studio with performers Ivan Ugrin, Mark Christoph Klee and Paolo Yao to reflect on personal memories of important moments in their lives. O S C A R brings them and the audience together on stage where three solos merge in one experience, a physical journey from one space to the next. Due to the restricted capacity, don't wait to long to get your ticket. We hope to see you there! 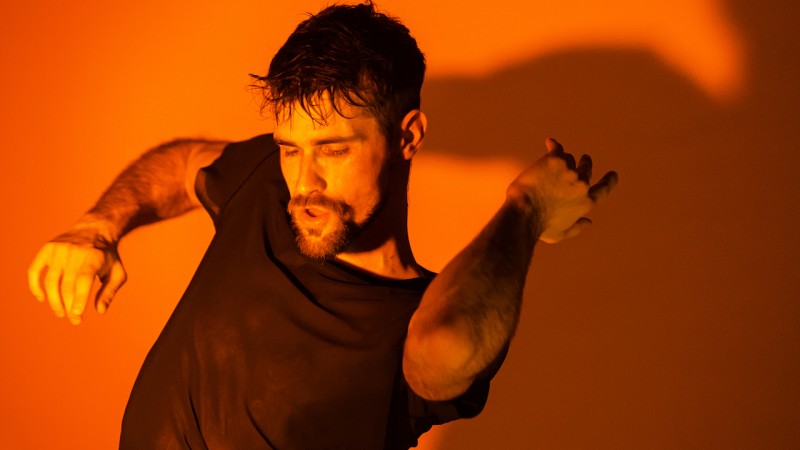 After 9 long months, we were back on stage on June 7 and 8. Dance Week Festival in Zagreb, Croatia invited us to perform If You Could See Me Now. Both evenings were sold out and it felt absolutely wonderful to be in front of a live audience again. Finally! 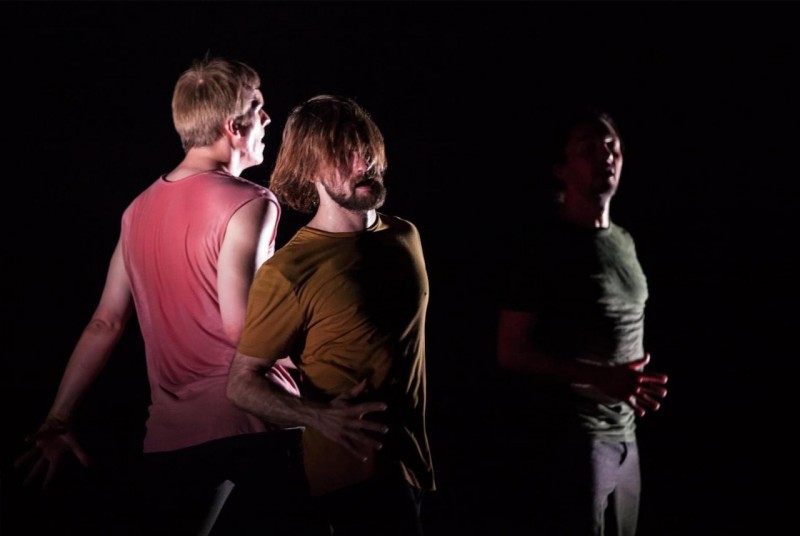 When we had the photo shoot for the poster of our new performance on March 13, none of us could even imagine how the rest of this year would turn out the way it has. Behind the scenes, we’ve been working on it and we can’t wait to present our new work to you in 2021! 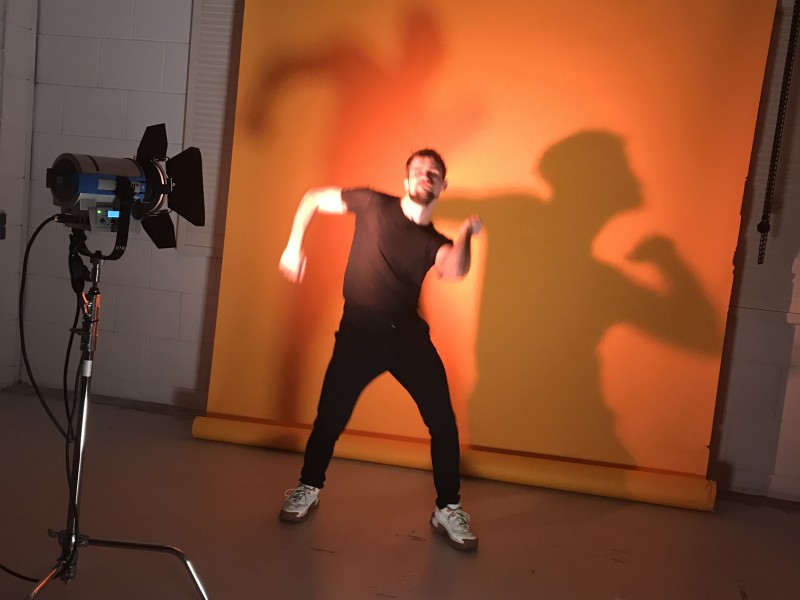 It was just pure joy to hit the stage again! We performed If You Could See Me Now and it was our first time since February. We loved every minute of the two sold-out nights at Het HEM! A shout-out to Sjoerd Derine who took this awesome shot. And much thanks to all of you who were there! 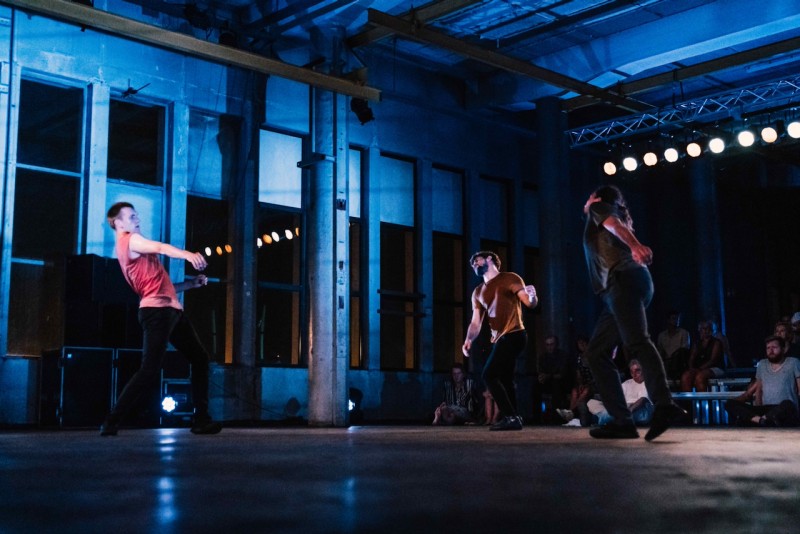 Now that we can perform again, we will do something memorable: If You Could See Me Now will be performed at the marvelous Het HEM on the edge of the city of Amsterdam!

Get one of the last tickets

Collaborating with We Are Public and Het Hem, we present the performance at this unique location on August 14 and 15 at 9.30 p.m. when the night falls. Art after dark! Because of the corona measures, tickets are limited so do not wait too long to buy your ticket.

Are you a We Are Public member? Get your free ticket here.

RIVM GUIDELINES AND ACCESSIBILITY
The evening is in compliance with current RIVM guidelines. Click here for information how to get to Het HEM. The performance, the restaurant and the expo spaces of Het HEM are wheelchair accessible.

WITH THANKS TO
Supported by the In Art We Trust Fund, we can make these performances happen. This new fund by We Are Public is initiated because of the impact that the corona measures have and each month it selects 15 makers that they support. We are proud to be one of them this month!

This SPECIAL EDITION of If You Could See Me Now is also supported with a contribution from Fund Performing Arts NL as part of 'Balkonscènes' in order to make live experiences possible in these times.

All this support is very, very welcome. Do you also want to make a contribution? You can! Here you can find more information on how to make a donation.

EXTRA: THE EXPO AND DINNER
When you never visited Het HEM before, come a little early so you can wonder around in their monumentale spaces to see beautiful visual art works by RAAF and Levi van Veluw, and others. And at 7.30 p.m. food is served from the Hotmamahot kitchen. Book a table by sending an email to info@hethem.nl and mention your name, phone number and your party size. 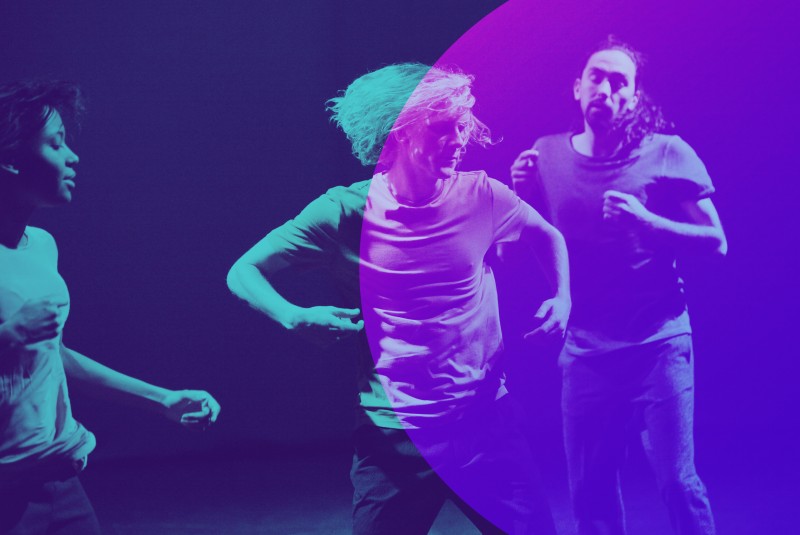 We hope you all are healthy and well. Although life as we know it is on pause at the moment, we are delighted to let you know that, starting next week, we will share new videos of our performances that will be online till the end of the year. Feel free to press play as often as you want. Stay tuned!

October 2019: Arno wins award for The Way You Sound Tonight

Honored and proud! On Friday October 4, Arno was honored with the award of most impressive dance production for The Way You Sound Tonight.

The jury: "It is one of those theater experiences you want to last forever. The dance, the staging of performers and audience, the ongoing stream of music, it is bulls eye. Because of Schuitemaker's choice to create an 'acoustic ballroom' you get immersed in a seductive and almost ecstatic experience."

The award, also called a 'Zwaan', is the most important dance award in The Netherlands and considered to be the Oscar of Dutch dance. It is awarded annually by the VSCD.

Check out the upcoming performance dates of The Way You Sound Tonight.

The Dutch VSCD Dance Jury nominated The Way You Sound Tonight for the award of most impressive dance production.

As one out of three nominated performances, the jury praises The Way You Sound Tonight for it being "one of those experiences that you want to last forever."

The VSCD dance awards are awarded anually and are considered to be the Oscars of Dutch dance. The winner will be announced on October 4, 2019 at the Dutch Dance Festival in Maastricht.

Read more about The Way You Sound Tonight.

Especially for We Are Public’s Front Row, Arno reworks his acclaimed performance If You Could See Me Now from 2017, this time created for the underground club OT301; the squat that used to be the film academy. 3 dancers, 2 rows of seats, 1 massive chunk of energy.

"This performance is like hypnotizing trip. In the setting of an intimate club, up close with the dancers, it is a special edition to look forward to!” - Daniël Kieft, chief editor We Are Public.

Front Row is the ongoing cultural experiment by We Are Public. They create groundbreaking programs with the best cutting-edge makers of our time. "Because we think they are good and because they give us alternative ideas and different perspectives."

More about If You Could See Me Now

The Way You Sound Tonight was selected as the best performance of season 2017/18 by critic Lisa Reinheimer in latest issue of Theatermaker.

She also praised the music by composer Aart Strootman for being the best new music composition for a performance.

August 2018: I will wait for you nominated

I will wait for you is nominated together with 4 other works as best dance performance of the previous season by the theater jury of Theatre Barcelona.

We performed I will wait for you on March 3rd, 2018 at Sala Hiroshima. In 2019 we will return to this venue with If You Could See Me Now.

Dutch broadcasting agency VRPO and the German ZDF interviewed Arno Schuitemaker about his latest work The Way You Sound Tonight during their respective programs about the Holland Festival 2018.

If you enjoy to watch these items, click on the links below:

March 2018: Arno curates an evening at Het Huis in Utrecht

On April 5, 2018, Arno Schuitemaker curates an eclectic evening at Het Huis in Utrecht, The Netherlands. The evening is dedicated to the thoughts and foundations of The Way You Sound Tonight, a new work that will premiere at Holland Festival in June.

During the evening everything transforms from one thing to another: from visual art to work-in-progress, from lecture to concert. Arno will share work of visual artist Arek Lawkowski and the Italian theater maker Alessandro Sciarroni, there will be a lecture by architect Machiel Spaan, a conversation between in-house dramaturg Marijn Lems and Arno, work-in-progress of the new performance with dancer Ivan Ugrin and it all will end with a concert by composer/performer Aart Strootman.

Tickets can be purchased here.

January 2018: Rave reviews for If You Could See Me Now

If You Could See Me Now premiered in December 2017 and received rave reviews:

"In this liberating dance performance everything falls into place. (...) It is no exaggeration to say that these kind of experiences will determine the future of the theatre." - **** Alexander Hiskemuller, Trouw

"Yet another brilliant work, with a progression so subtle that its transformations are sometimes more tangible than directly evident.” - **** Francine van der Wiel, NRC Handelsblad

In the September issue of Theatermaker critic Jos Schuring has picked I will wait for you as the best new choreography of the past season! The work premiered last year and will be performed again later this year in Italy and Germany, and next year in Hungary, Spain and The Netherlands.

The German magazine tanz has ranked Arno Schuitemaker to be as one of the most promising choreographers in their yearbook 2017. tanz is a magazine covering a wide range of dance, including contemporary dance. Next to their yearbook, they issue a monthly edition.

On June 11, I will wait for you will be performed at Theater De NWE Vorst in Tilburg as part of a 10-year anniversary after Arno Schuitemaker's graduation at Fontys Dance Academy, proudly joined in the celebration by DansBrabant and Theater De NWE Vorst.

Prior to the performance, dramaturge Guy Cools will interview Arno Schuitemaker, reflecting on this work during the past years.

On March 29th, 30th and April 2nd, we present WAITING FOR YOU at STRP Biennial in Eindhoven. WAITING FOR YOU is an adapted version of I will wait for you, wherein the three dancers perform in an open space: no seats, no fixed point of view, but a shared stage for performers and audience alike.

STRP Biennial is an indoor art & technology festival, offering a glimpse into the near and sometimes distant future of our technology-driven culture with performances, interactive art, light art, robotics, experimental music and films, lectures and workshops.

November 2016: 2nd prize for WHILE WE STRIVE

We are honored and delighted that WHILE WE STRIVE was awarded with the 2nd jury prize at [re]connaissance 2016 in Grenoble. The performance also received much praise by the platform's partners and will be presented several times next year in France. At the beginning of this month, WHILE WE STRIVE had its Belgian premiere at De Warande in Turnhout and will return to The Netherlands early 2017.

October 2016: Great acclaim for I will wait for you

Last month, I will wait for you premiered at Frascati in Amsterdam and the performance was received with enthusiasm:

"What makes this production excel is the buildup. The evenness by which the entire flow of movement transforms and comes to fruition, is fantastic." - **** de Volkskrant, Mirjam van der Linden

Many people are asking us if it is possible to download the music of I will wait for you. At this moment, the music is exclusively composed for the performance. In case you are interested, please write an us e-mail so we can inform you if the music becomes available in the future.